Pain can begin when we least expect it; from sports injuries to auto or work-related accidents to the wear and tear that everyday life can have on our bodies. No matter how your pain started, Dr. Falkner can help. Dr. Falkner takes the time to perform a full history and detailed physical exam to find the cause of your pain. By finding the cause she then develops a treatment plan specifically catered to you to help get you back on track. No one should have to live with pain

We accept most major medical insurances including the following: 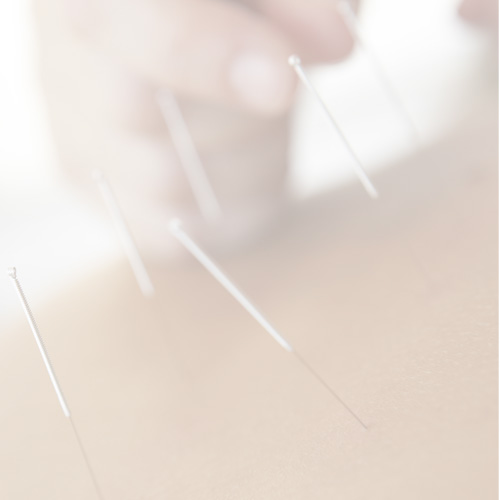 Acupuncture is a Traditional Chinese Medicine technique that has been utilized for thousands of years. It is the belief that energy (known as Qi), flows throughout our bodies via channels (known as meridians). There are 20 different channels, 12 standard, and 8 extraordinary channels, that run throughout our bodies. There are about 400 points specific points located along these channels. Traditional Chinese Medicine believes that disease is present when there is an imbalance of Qi (not enough, too much, or a blockage). Acupuncture uses sterile, thin needles to stimulate specific points along the channels (meridians) to help balance the body’s energy.

Recent studies suggest that acupuncture causes the brain to release pain-relieving hormones (serotonin, endorphins, and enkephalins); which makes acupuncture a great use for pain management. In addition, studies show that acupuncture can increase blood flow and stimulate immune cell production which is vital to the bodies healing process.  Acupuncture has been shown to help manage a variety of conditions including back pain, neck pain,  tendonitis, migraines, carpal tunnel, PMS, fibromyalgia, arthritis, sinusitis, stress reduction and many more. Acupuncture has also been used to help people quit smoking and aid in weight loss. In addition, the World Health Organization recognizes the use of acupuncture of the treatment of over 90 symptoms/conditions.

Another major question arise about acupuncture, is it safe? As a natural alternative therapy, acupuncture is very safe. Very few complications from acupuncture have been reported to the FDA compared to the millions of people who have been treated with acupuncture each year. Most of the complications are caused by inadequate sterilization and not following clean needle technique protocol.

Dr. Falkner is great. I initially reached out to her because I have knee problems and my ortho wanted to inject cortisone and then gel into my joint, basically invasive symptom treatment. I was interested in exploring other options, and I am so glad I did. What I realized once I sat down with Dr. Falkner, is that she is a great listener and has a holistic view of health.

Threw out my lower back. Called Dr. Falkner and she was kind enough to fit me in for acupuncture and fixed me up real good. Great bedside manners and just a real compassionate professional.

Just had the best massage and chiropractic experience in Mesa, near Tempe. I was referred by a friend and I so appreciated it. I was feeling some real tension in my neck and upper back pain. After consulting with Dr. Rebecca, she got to know me and my daily routine of doing things. She made some recommendations to help and then proceeded to help with some things she can do to help with the pain. Needless to say, I felt amazing after my neck and back pain treatment. Thanks again.

BOOK AN APPOINTMENT
Scroll to top